VOTING FOR THE VACCINE: WILL POLITICS DOOM ITS SUCCESS?

VOTING FOR THE VACCINE: WILL POLITICS DOOM ITS SUCCESS?

While Covid-19 vaccine shortages may be dominating the national media, a new What If Media Group survey of over 70,000 American adults found that almost half of Americans (47.9%) are unwilling to get the shots even when they become available — despite the survey having been conducted during a week that saw a horrible death toll exceeding 3,000 per day, and nearly 200,000 new cases of the the virus reported each day across the country.

Underlining how the pandemic has been politicized, respondents who identified as Democrats were significantly more likely to be willing to get vaccinated than either Republicans or Independent voters–60.8% of Democrats indicated that they would sign up for shots, compared to 51.5% of Republicans and 47.7% of Independents:

The What If Media Group data also provided some sobering data for the idea that people would respond to financial incentives to get vaccinated: of those who indicated they were unwilling to get the shots, just 29% of all respondents said that a $1,500 government stimulus check would be enough to change their minds. As such, financial incentives stand to sway the decisions of less than 15% of the total population of the country, leaving almost a quarter of the population seemingly unwilling to get vaccinated under any circumstances. While the CDC does not currently know the threshold at which herd immunity will take effect for Covid-19, lower numbers of vaccinated individuals by definition slow the ability to achieve this milestone.

“These statistics are very significant to everyone in the United States,” said Josh Gillon, CEO of What If Media Group. “First of all, it may mean there will be plenty of vaccines available to those that want it because half of the US population currently does not intend to get it. Second, if a significant portion of the US population can’t be convinced to get the vaccine — even with a $1,500 incentive — then this virus will continue to permeate the US, and likely ravage those that refuse inoculation. Lastly, although there may be many reasons for a portion of the population refusing vaccines, the fact that there is a significant difference based on political party affiliation indicates further cause for concern.”

As might be expected, the political differences in willingness to vaccinate also translate to significant regional differences: the 10 states with the highest proportion of vaccine-willing citizens went blue during the 2020 Presidential election, while the 9 of the 10 states where people indicated they were least likely to get vaccinated all went red–the notable exception being Oregon. 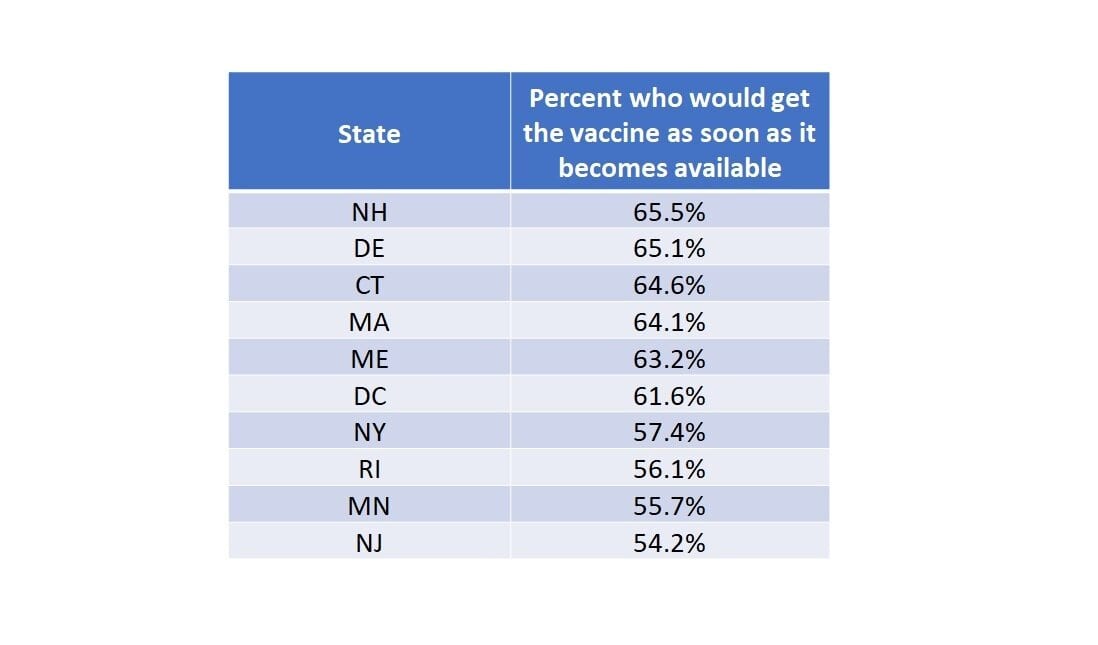 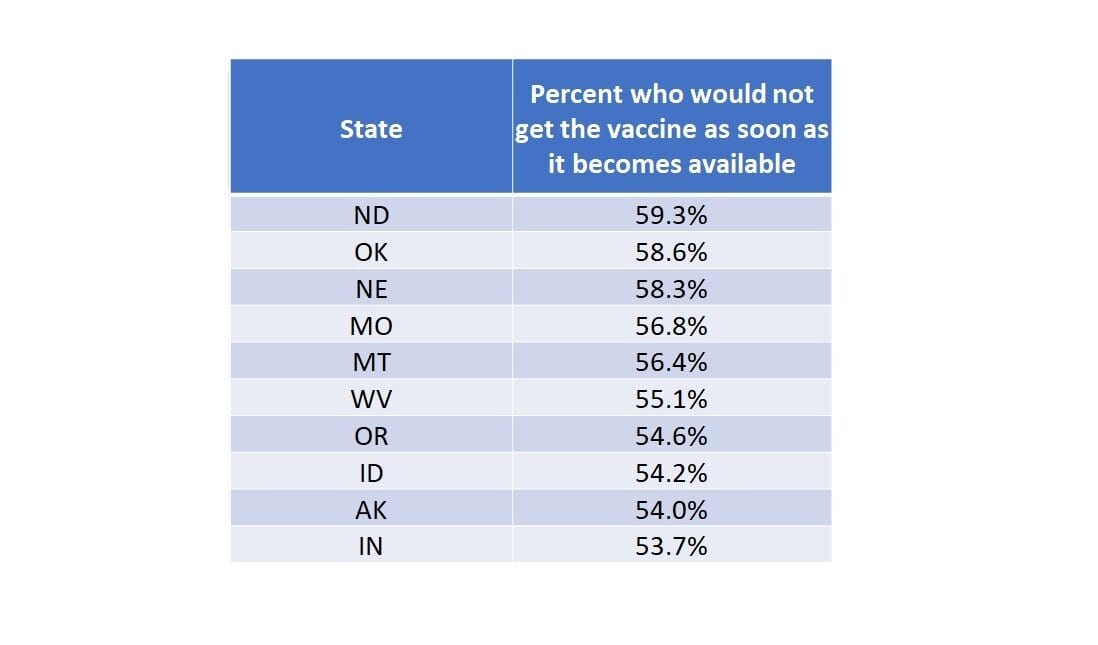 Finally, another interesting note is that there is no crossover between the 10 states with the highest percentage of non-vaccinators and those where people would turn down $1,500 to get the shot. That provides further indication that opposition to the shots in these states is less likely to be about cost or healthcare coverage, and more likely to be about ideological concerns, freedom of choice, or political beliefs.

The States Where $1,500 is Most Likely to Lead to Vaccine Uptake 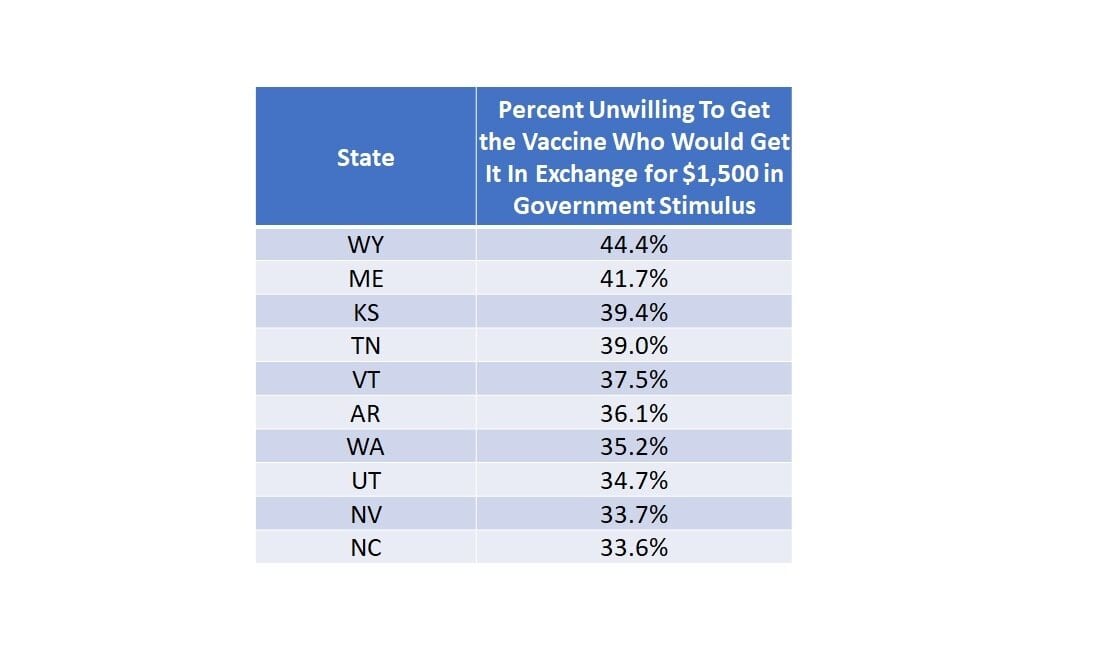